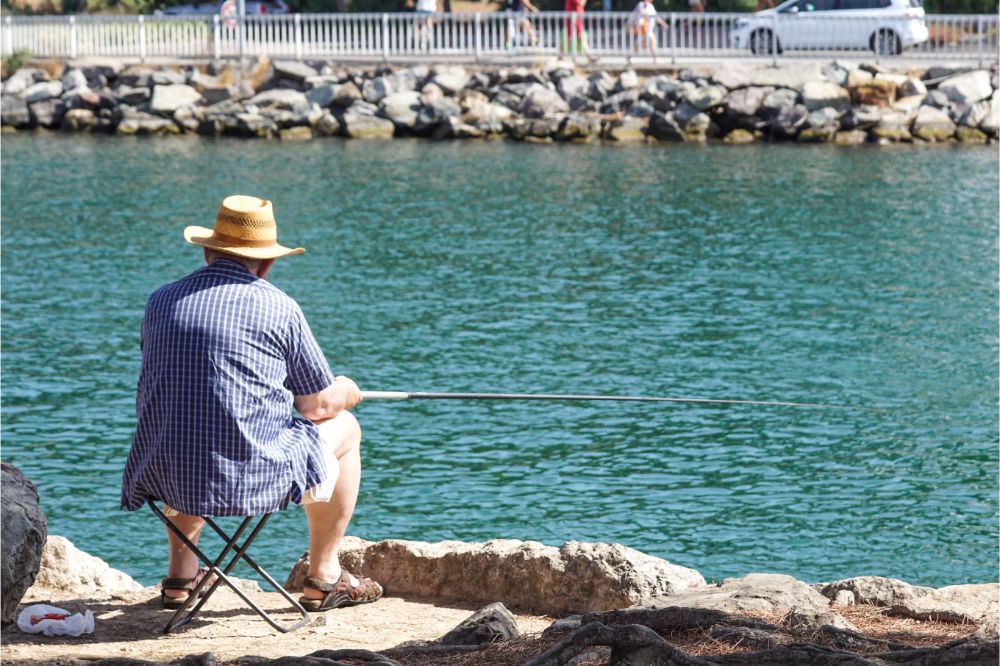 How to Catch California Corbina: All You Need to Know

Whether you choose to fish for the fun of it or for a hearty meal for your family, there are many different ways to catch a fish.

Depending on the season, weather conditions, and water temperature, the types of fish that you might catch vary.

Let’s take a more in-depth approach to fishing. We'll look at how to catch a California Corbina by knowing what they look like, where you are likely to find them, the best baits to use, and a great casting technique that will add an element of fun to your next fishing excursion.

California Corbina: How to Spot Them

But how do you spot them? And are there any unique identifying features to look out for?

California Corbina weighs in at around 3 pounds, with the largest ever caught weighing in at a whopping 8 pounds. This might not seem to be much, but this is a fair size for a fish nicknamed nipper. These fish have long grey bodies that don’t seem too special but look at them from the top, and you will see that they have a beautiful grey-blue spine and wavy lines along their bodies.

Where to Find California Corbina

As mentioned above, California Corbina is more commonly found along the Californian coast. Sandy beach piers and the shallow shores of the Pacific Ocean in this area form great hiding spots for the Corbina.

Traveling in small schools or alone as adults, the California Corbina prefer sandy shallows where they can look for food away from the prying eyes of larger predators in the white water of the crashing waves. They can mainly be found at a depth of no more than 60 feet, making them the ideal pier and shore fishing catch.

A few great spots to visit in California when on the search for California Corbina are:

For sandy shore angling, the coast between San Diego and San Pedro is ideal for catching California Corbina, with San Onofre taking the cake as the best beach for catching these critters.

Just as bears like honey, California Corbina, too, have a favorite food. Sand crabs found in sandy banks on the shores are the number one food for California Corbina, and they also enjoy clams, small mussels, shrimp, and a variety of worms. Mmmm, delicious.

If you want to catch a California Corbina using worms, you can choose between innkeeper worms, bloodworms, and lug worms as bait. Remember to completely cover your hook as these fish have excellent eyesight and will spot your hook in even the murkiest of waters.

How to Catch a California Corbina

We have compiled a great list of the best tips to follow if you want to land a California Corbina.

Using a size four or size six hook is recommended. These fish are not very large but can put up quite a fight when you try to reel them in. You should also use a fluorocarbon line, which is among the best to use when catching California Corbina.

California Corbina can be found just a few feet from shore, and it is recommended that you fish as close to the shore as possible. Focus on sand bars as this is where sand crabs are found in abundance and are sure to attract some California Corbina looking for a meal.

California Corbina have excellent eyesight and are difficult to catch during the day. Fish at night using fluorocarbon line, dark-colored hooks and sinkers, and use heavier sinkers in heavier waves.

Fishing is a year-round activity, but the type of fish you catch at a certain time of the year largely depends on the seasons. California Corbina is the main catch in summer.

Expert anglers recommend that California Corbina are reeled in slowly to prevent them from slipping off the hook. Although they are small, they put up a fight.

Sight Casting: An Alternative Casting Method You Should Try

If you want to add fun and adventure to your next fishing trip, you must try sight casting. This is a great method of catching California Corbina as they are found closer to shore and in shallower waters.

Sight casting is an art and requires a combination of skill, current, and structure to guarantee a catch. It takes perfect timing to catch a fish when sight casting and is more like a hunt than the more simple methods of fishing.

Before sight casting, it is essential that you first ask yourself the following questions:

Knowing when to cast is important, and getting this timing wrong by even a few seconds can mean a big difference between a catch and a miss.

California Corbina is one of the most common fish species in the Pacific Ocean off the coast of California. Catching these fish requires a bit of skill, and reading the tips in the article above will help you secure a catch and make the most of your fishing trip. Select a spot, use the right bait, and try your hand at sight casting to catch a California Corbina.