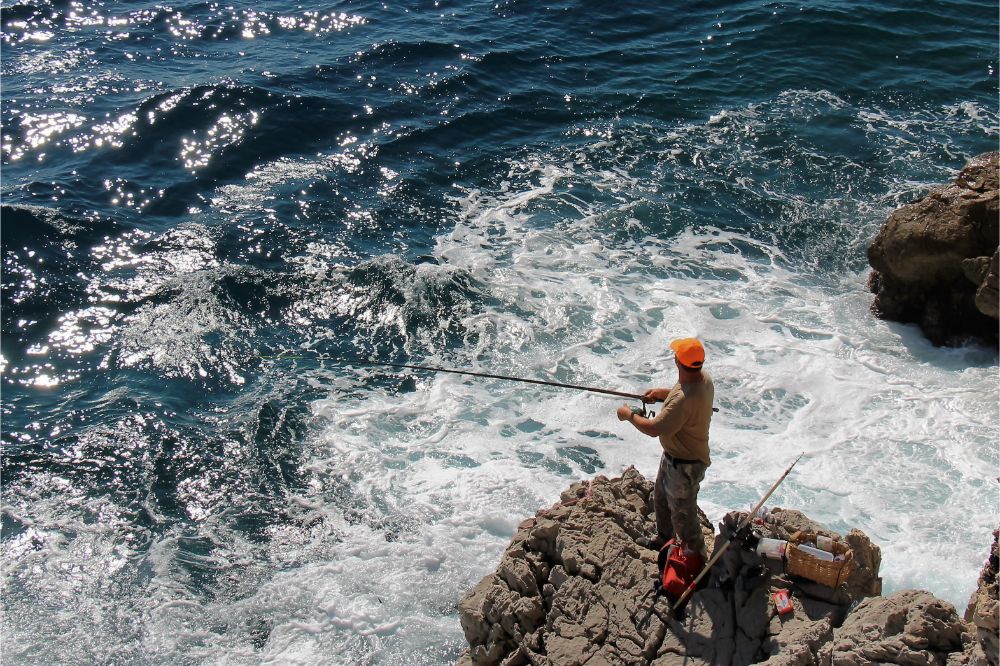 How and Why to Read the Surf: All About the Waves

Sure, you are welcome to go fishing without knowing the kind of terrain you’re navigating, but there are simple ways in which you are able to maximize your catching potential and get more out of your fishing sessions. One great way is to read the surf.

Surf reading is a method of analyzing the surface of the water to learn more about the area in which you’re fishing. It’ll help you understand more about the waters you’re working in and the kind of catches you can expect.

Below, we are going to take a look at how to read the surf for surf fishing, allowing you to enjoy your hobby with the best information possible.

Most surf reading involves looking for deep pockets in the water. To find a deep pocket, look for clean water, even when a wave has built up and is beginning to crest. If you see a wave lose its crest after forming, you’ll know it has passed over a deep pocket of water.

When waves build up, they are able to crest because of the naturally-formed sand dunes underneath the water. If there is a deep pocket beneath the wave, it will lose its footing on the sand, causing the wave to collapse. The result is visibly clean blue-green water.

Troughs are deep sections of sand that run perpendicular, parallel, or diagonal to the shoreline. They can measure anywhere from a few inches deep to several feet deeper than the surrounding sand. Troughs are, simply put, trenches beneath the water. Think of them as holes that are wider than they are long.

These troughs are important in assessing fishing conditions, as fish will generally move throughout them in search of food. When reading surfs, it’s important to take a close look at the receding water; as waves move toward the shore, you’re not going to see much.

However, when the water begins to recede, it will fill the holes and dip down if there is a hole to lower into. The deeper the water, the more difficult it is to read. More on that later.

Deep pockets are very similar to troughs, though holes are, generally speaking, smaller than deep pockets. They can be difficult to spot depending on the water level, but they can sometimes be seen by the naked eye.

You can identify deep pockets by the way water passes over them. If you see flat water swirling or sinking down in an area on the shoreline, it’s likely because of a deep pocket. You might find sand crabs and other forms of bait in these pockets, though not many fish.

When you’re still learning how to read the surf, arriving at your fishing location during low tide will help you gain a better understanding of the underwater structures. Be sure to scout the beach for holes and other structures in the shallow water or just above the water line.

As the tide begins to rise, the unsubmerged structure that you found during low tide will become submerged, and you’ll be able to see what that structure looks like when covered in water. This practice of observation will also help you memorize those structures' effects on the water.

You can also perform this exercise in reverse; arrive during high tide, find a structure, and try to figure out what it is. When the tide recedes, you’ll be able to see if you guessed correctly or not. 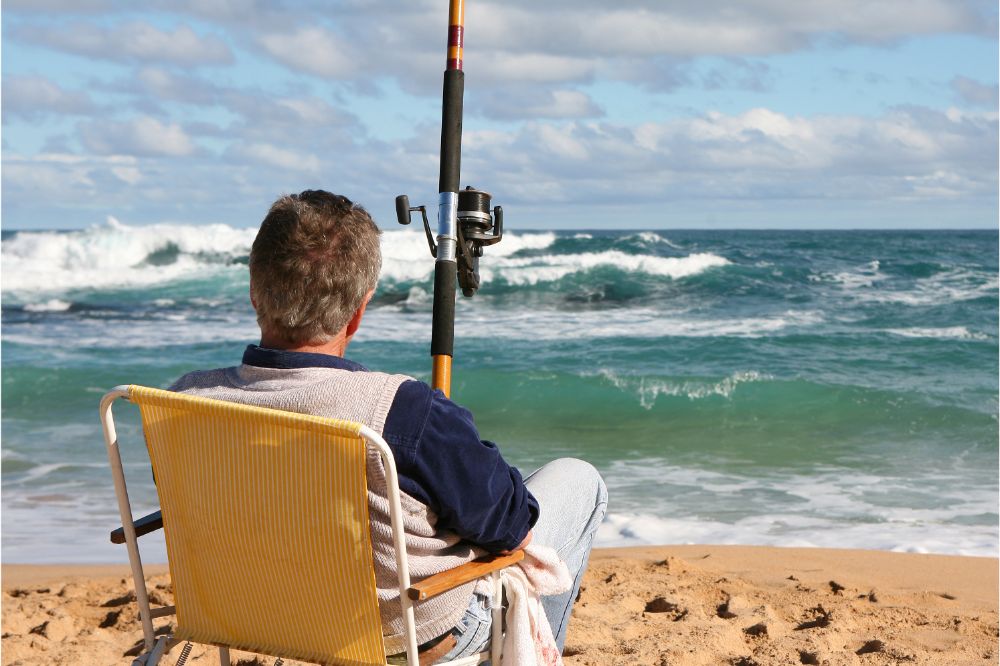 Another important indicator that you’ll need to be able to identify is rip currents. Rip currents form when a narrow channel pulls fast-moving water in a direction other than the shoreline. They are caused by all sorts of factors.

Generally, rip currents are caused by a combination of terrain, swell, and several other factors. An important factor to look for is a rip current formed by troughs running perpendicular to the shoreline. In this scenario, you’ll have a structure and rip all in one place. This combination serves as a haven for sand crabs, which means plenty of fish preying on those crabs. Under these circumstances, the catches are great.

Where to Cast to Catch More Fish

If you’re working with more than one fishing rod, then you’ll want to make sure that they’re each cast out at different distances. During high tide, these are the spots where you should aim to have your baits:

At low tide, the same tactics apply, though you will have to identify where the different structure types are based on water movement and wave action. If there are fish in the area, you’ll find them near a structure hunting for food and seeking protection.

Of course, finding a structure is a big part of reading the surf when it comes to making the most of your catches, and you’ll definitely need to be able to do this. However, don’t be afraid to move around the beach to find the places where the fish are if you aren’t getting any bites.

Why Read the Surf?

If you’re serious about fishing, then you need to know how to read the surf. This skill will allow you to arrive at any beach during any tidal phase knowing that you’re able to find structures. It’ll also fill in your arsenal of good fishing spots, which you can return to at any time, knowing you’ll be able to make good catches in that area.

Whether you’re throwing lures or fishing using live bait, being able to read the beach is a skill that no angler can live without, especially if you want to be successful in your fishing sessions. Be sure to scout the beach at low tide to find structures, determine where you’re going to cast, and give yourself the best chance at finding fish!